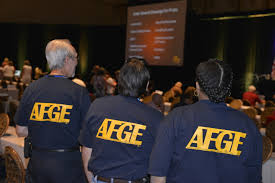 The AFGE makes the paperless switch with ScansAmerica.

The American Federation of Government Employees is the largest federal employee union representing over 650,000 federal and D.C. Government workers nationwide and overseas. Recently, they have decided to join the movement and go digital by choosing ScansAmerica to scan many of their collective bargaining agreements and an assortment of other files.

Going digital has allowed AFGE to clear up space, save paper and operate more efficiently. ScansAmerica has also scanned for other unions including the National Education Association (NEA).